To have the optimal experience while using this site, you will need to update your browser. You may want to try one of the following alternatives:

Bristol, Connecticut Disaster Cleanup is One Phone Call Away 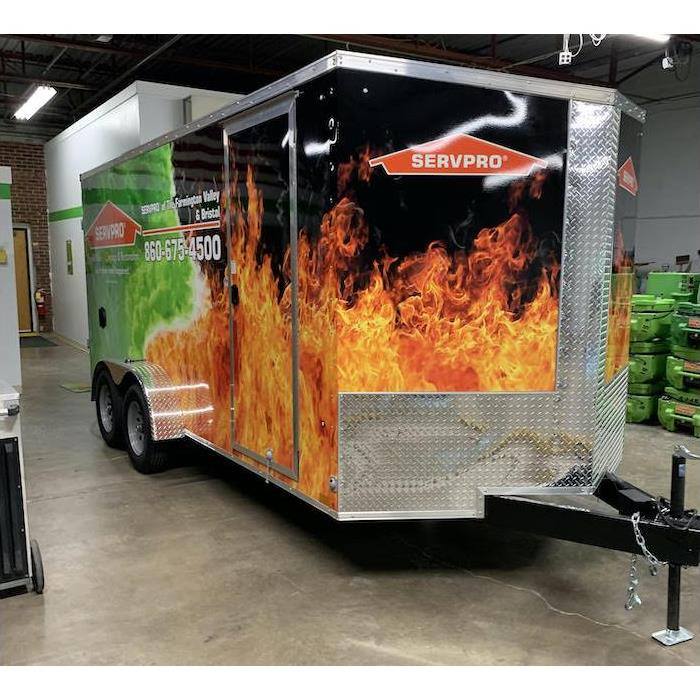 We have our equipment loaded and ready to go help with your flood damage.

Bristol, Connecticut, is a city 60,000 strong and backed by centuries of rich New England culture and tradition. Also known as Mum Town due to its chrysanthemum production, Bristol was known initially as New Cambridge before its incorporation in 1785. The city’s seal features clock hands because of its long history and contributions to the clock-making industry.

The art of clock-making became so crucial to the town’s economy that by the late 19th century, most citizens were involved in Bristol clock production in some fashion. Visitors can find out more about this crucial part of the area’s history firsthand at the acclaimed American Clock & Watch Museum on Maple Street.

Today, prominent businesses in Bristol include ESPN, Amazon, Stop & Shop, and Faneuil, Inc. The tallest elevator test tower in the country is also located in Bristol, courtesy of the Otis Elevator Company.

An Overview of Clock-Making in Bristol

According to English traveler G.W. Feathersborough in 1840, “…[In] Kentucky, Indiana, Illinois, Missouri… in every dell of Arkansas and in every cabin where there was not a chair to sit on there was sure to be a Connecticut clock.” Not only were timepieces an essential part of the Bristol economy, but they were also a staple in homes across America.

The invention of the Connecticut-style mechanical clock started first with Galileo’s discovery of the pendulum in the 1600s, followed by Dutch clockmaker Christian Huygens incorporating pendulums into his clocks to enhance their accuracy. In Connecticut specifically, clock production boomed under Thomas Harland and, subsequently, Daniel Burnap in the 18th century and was further innovated by one of Burnap’s apprentices, Eli Terry.

Terry fine-tuned the process needed to create clocks with wooden gears instead of brass and standardizing sizes so that parts were more easily interchangeable. This process not only expedited the clock-making process but also made production much more cost-effective. In the early 19th century, Edward and Levi Porter partnered with Terry to craft 4,000 tall wooden-gear clocks in just three years, which was well beyond their competitors’ production capacity at the time.

Within decades of the wooden-movement production increase, sheet brass manufacture and punching would allow traditionally more expensive clocks to catch up with their competitors. In 1850 alone, Connecticut clockmakers produced a combined half-million clocks, with Bristol leading the industry. To this day, central Connecticut is home to a plethora of small spring factories.

Today’s clock and watch-making industries are dominated by digital timepieces, highly accurate atomic clocks, and quartz crystal movements instead of brass or wood.

Lake Compounce on Enterprise Drive is the longest-running amusement park in the United States today. The park, founded in 1846, spans across an astounding 332 acres and includes a water park and beach with the admission price. The name itself comes from the name of the Tunxis chieftain John Compound. Under Compound’s leadership, a deed to the land was given to Massachusetts settlers in Connecticut in 1684.

Over 160 years later, in 1846, the Lake Compounce park was opened by Gad Norton for picnics and other community events. The catalyst was a proposal by scientist Samuel Botsford to conduct electricity experiments, which attracted attention as a novelty for Bristol locals. While the final experiment conducted on the property failed, Norton ultimately decided to turn the property into a picnic park for the public to enjoy.

New attractions were quickly added to the scenic park in its first five years of operation, including a bowling alley, billiard tables, and a manually-operated revolving swing ride. Southern-style summer barbecues started at Lake Compounce and quickly became a local tradition for families in the area.

How Can SERVPRO Teams Extract Floodwaters from Bristol Homes?

Emergency-response crews from SERVPRO are ready to begin flood damage mitigation for Bristol homes to prevent further damage to the property and return it to a safe and preloss state once more. Flood damage is of particular concern because Bristol sees an average of 55 inches of rain per year, much more significant than the US average of 38 inches.

Flooding necessitates additional precautions during the extraction and sanitation process. Technicians wear personal protection equipment (PPE) while removing sewage, pests, chemical runoff, mold, and debris from your property. This cleanup is performed before structural drying occurs to prevent the spread of contaminants through your vents.

SERVPRO technicians deploy an array of extraction tools to thoroughly remove water from various surfaces and structures, such as:

While carpet and pad are salvageable in many water damage cases, carpeting is considered a loss in a flood damage situation because of the risk of sewage and contaminants. The exposure to large volumes of water also makes delamination of adhesives much more likely during a flood. Other porous materials, such as sheetrock and cellulose insulation, are more cost-effective to repair than replace.

Your local SERVPRO renders a multitude of rebuilding services after mitigation, including, but not limited to, the following:

SERVPRO of Bristol can ensure that your disaster-affected property looks “Like it never even happened.” Call (860) 582-3330 for fast-acting disaster cleanup and restoration.